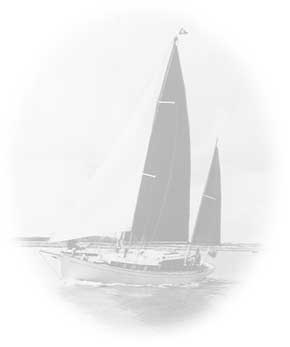 Whisstocks yard was founded in 1926 by Claude C Whisstock who at 22 was thrown out of work as a shipwright at Brooks of Lowestoft, because of the General Strike. His father owned a piece of tidal marshland alongside the river Deben at Woodbridge, Suffolk and offered him this as a site to start a boatyard of his own. With a loan from his brother Doug and £50 in working capital he set up in business, his first task being to construct a boatbuilding workshop on stilts, so that it was above the normal high-tide level. The “Little Shop” as it was later called remained there until it was demolished in 2019 to make way for a luxury waterside housing development.

Within a few years the yard was building a surprisingly wide range of boats including dinghies, fishing boats and pleasure yachts. The build of the first “Deben 4-tonner” in 1937 was to lead to a line of fine sailing boats though to the 1990’s.

During WWII the yard was directed to build trawler boats, dinghies and lifeboats for the British Admiralty, the Ministry of War and occasionally as sub-contractors to other war-supply companies. 200 vessels were built, together with 90 sets of sailing gear and 2 major refits - a remarkable achievement from a constantly changing workforce made up largely of people unable to serve because of age or disability, youngsters waiting to be called up and conscientious objectors. The yard was bombed but luckily the bombs all fell in the mud alongside the quays, causing considerable shrapnel damage (including sufficient to sink to Claude's smack yacht "Fly"), but no serious damage. This wartime production, Yard Nos. 128-202, 205-224, 226-291, 293-308, 312-314, and 317-319, will be included in a planned database of all the vessels built at the yard.

With the cessation of hostilities in 1945, the yard returned to building private yachts, including some that were started before the war, together with dinghies, motor launches and trawler boats. Deben 4-tonners continued to be popular.

As Britain slowly recovered, so did the yard prosper. Larger and more complex yachts were built during the 60’s and 70’s with many fine vessels launching down the slipway during these years. The yard also developed a substantial winter lay-up and spring fit-out business. Claude’s son, George, joined the company in 1962.

In 1958, the yard bought the derelict 7.5 acre Tide Mill pool and, in 1963, George set about turning it into the first marina in the UK – modelled on yacht harbours the Whisstock family had seen while sailing in Holland each year. Opened in 1964, the Tide Mill Yacht Harbour swiftly filled up to its capacity of about 200 yachts berthed at pontoons.

In the late 70’s the yard turned to WEST™ system to replace classic carvel timber construction and in 1979, built its first aluminium alloy yacht. Aluminium alloy soon developed into the yard’s premier expertise and by the time the Whisstock family sold out in 1983, the yard was developing a worldwide reputation for construction in that material.

Unfortunately the yard did not prosper under its new ownership, passing into receivership in 1984. The boatyard, but not the Yacht Harbour was purchased back by some of the old management, including George, and construction of aluminium alloy yachts resumed. Many fine world class cruising yachts, ranging from 35' to 100' were launched from the yard during this period.

The increasing complexity of the modern yacht caused the company to develop its own design group under the leadership of George Whisstock and both in-house designs and outside designs were in build by the end of the 80’s. George himself left the company in 1987 to set up his own design business, though he continued in a consultancy capacity with the Whisstock Design Group through to 1990. The yard finally closed in 1992 - sadly heralding the end of the centuries-old commercial shipbuilding and yacht building trade in the port of Woodbridge.

This isn’t the end of the story however: many, most in fact, of the boats live on giving pleasure to their owners, doing what Claude loved to do most - sailing. We welcome news and photos of Whisstock boats so that we can keep the record up to date. As mentioned above, we shall be adding a database of all the vessels produced in the yard from 1926 through to 1992.